Ciaran Harper is a recent Fine Art graduate of Ulster University, Belfast, specialising in Painting. After a highly successful sell-out and award winning Degree Show in his final term in university, he has propelled forward and to continue with Art as his main focus working in QSS Studios.

Harper’s work has featured in the BBC production of The Arts Show X, Irish Arts Review and other exhibitions in Belfast including ArtisAnn Gallery and Queen Street Studios. His paintings have joined private collections for the Arts Council NI. In recent years Harper has also been completing a greater number of private portrait commissions for clients.

Harper’s most recent art work is ethnic inspired, with his dissertation written on the theory of Diaspora and how this can be translated in Art. His mixed Irish and Caribbean roots play an important part in his background and images. Cultural theorist Stuart Hall declares that the “Western World” has the power to make us see and experience ourselves as “Other”; referring to the Caribbean as the home of “hybridity”.

Within his practice, oil paint is united on canvas with raw mediums such as wax or plaster, adding dynamism and depth to the work. Collage and found imagery are unquestionably both an integral part of his practice, accompanied with the addition of both harmonious and contrasting imagined elements. The characters are both familiar and unfamiliar. They can often present themselves in a ghost like fashion, blurred or obscured through thinners and brush strokes. 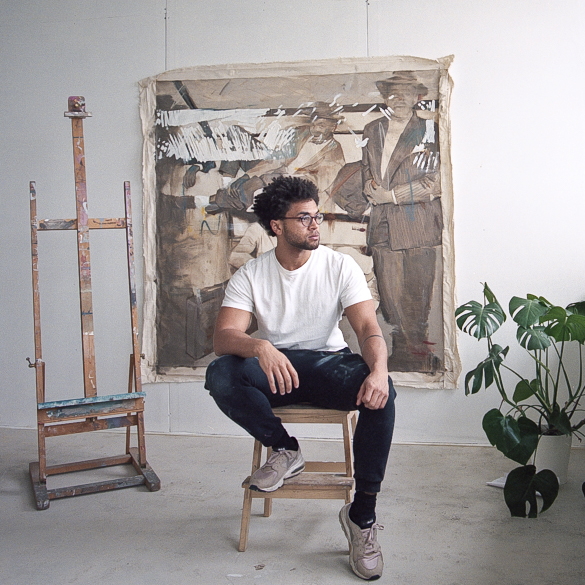 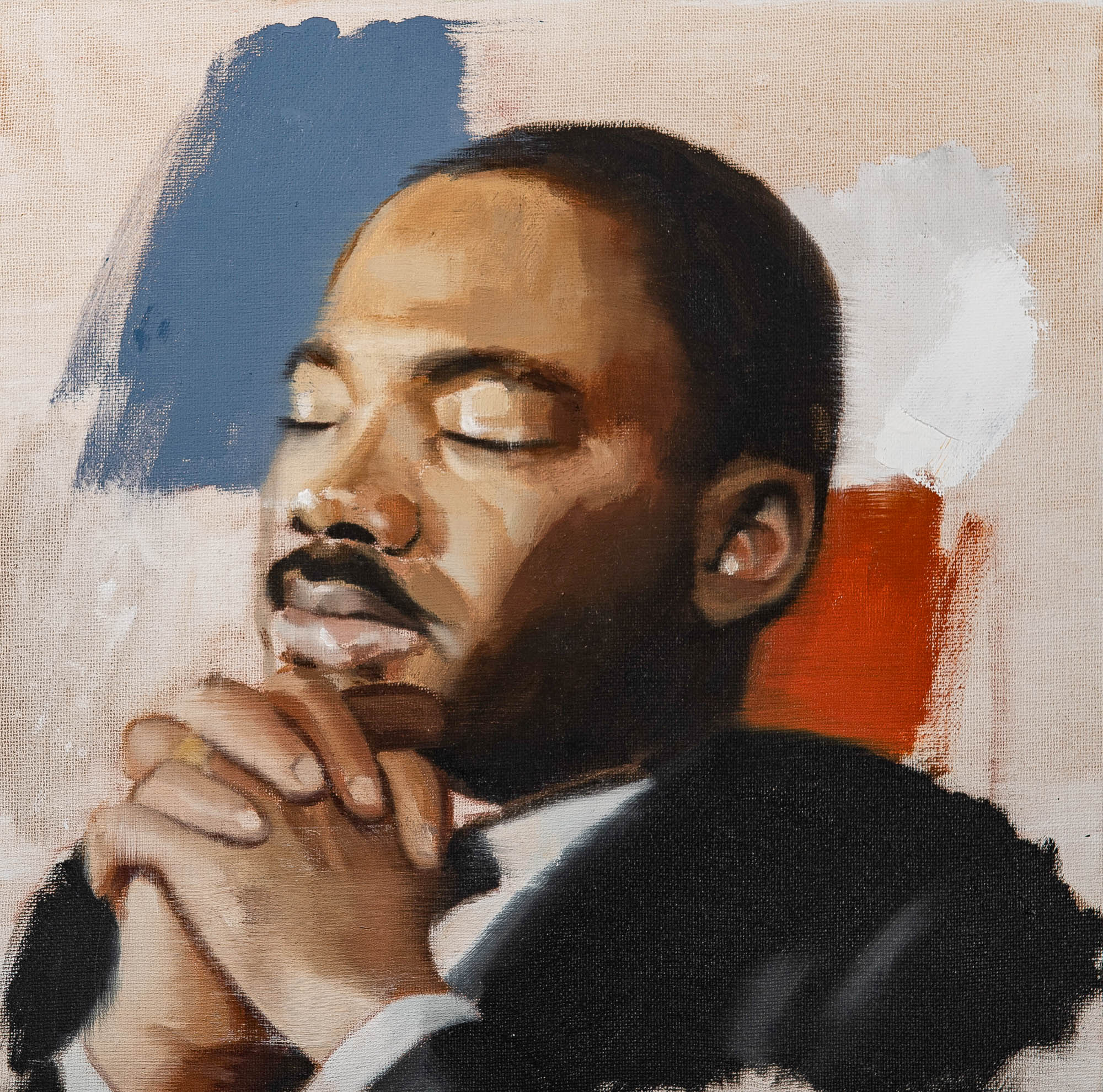 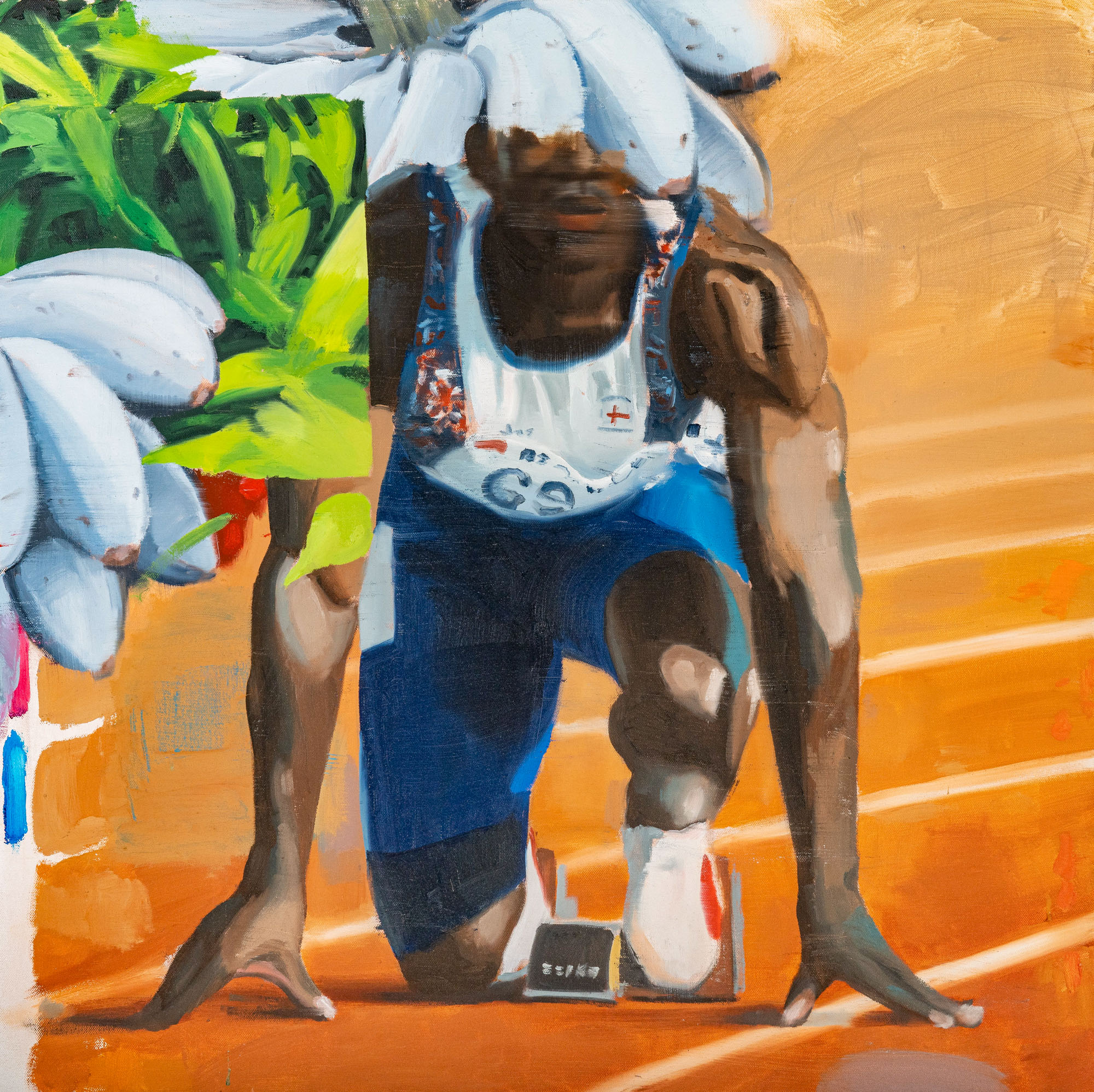 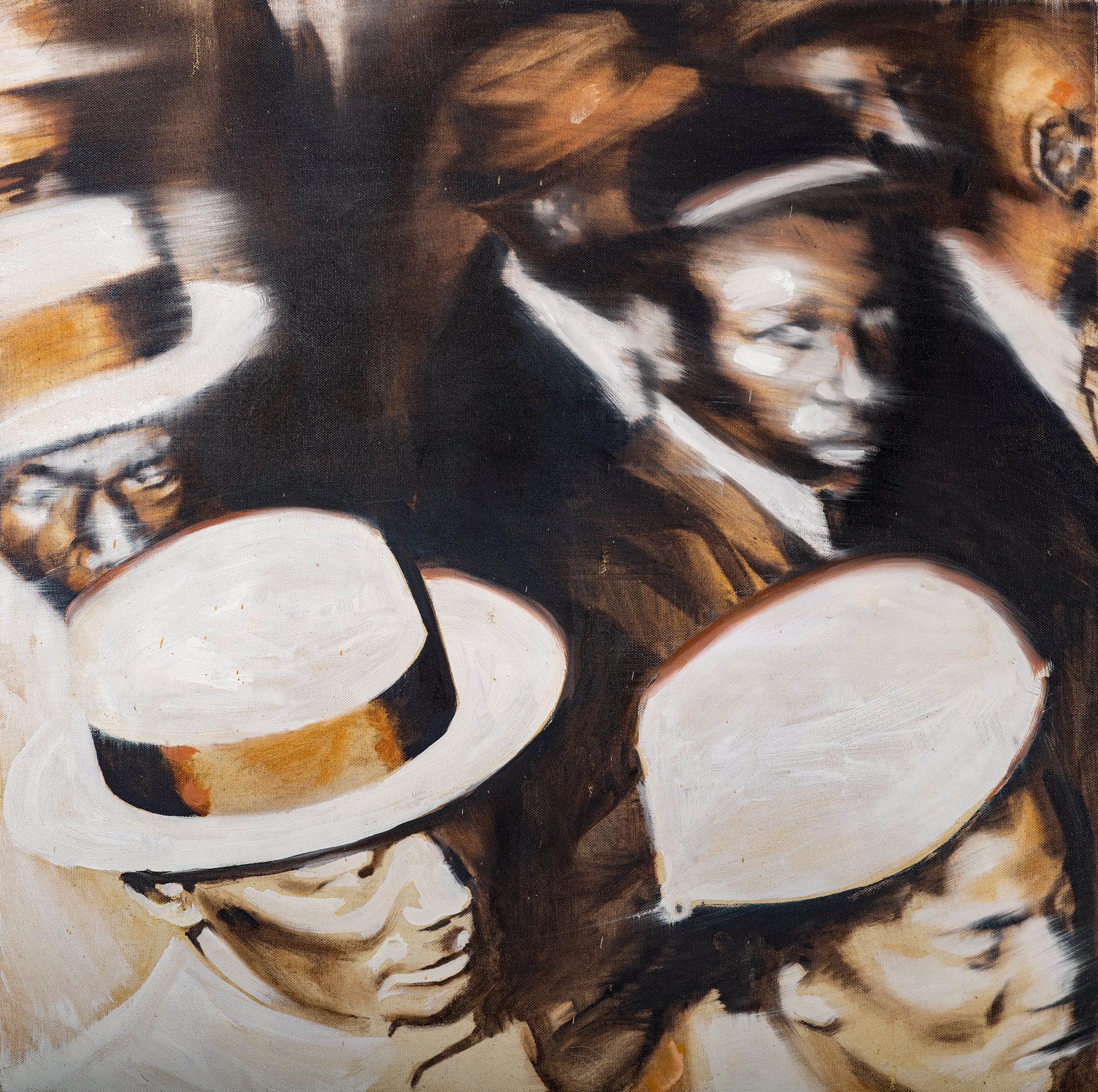 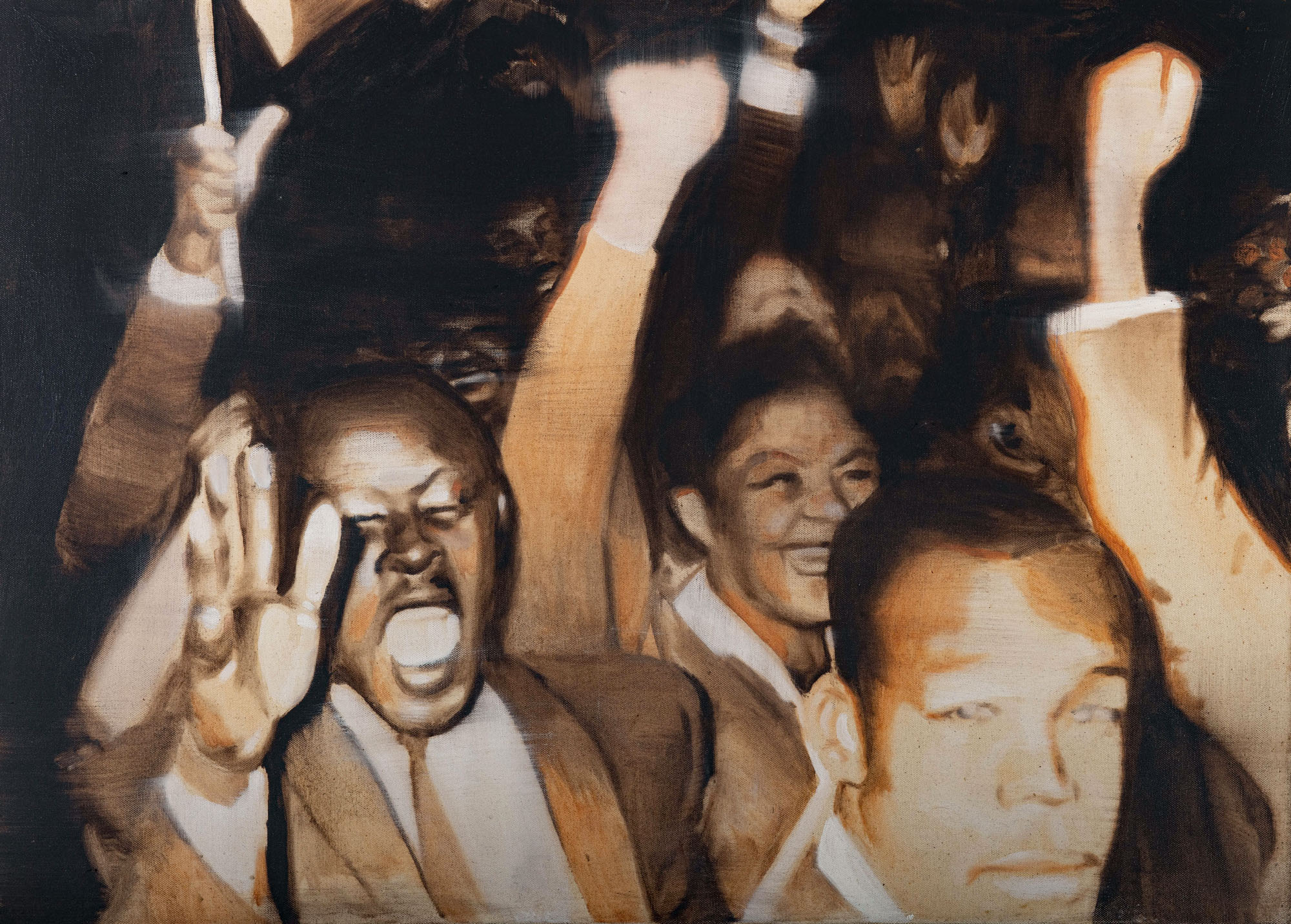 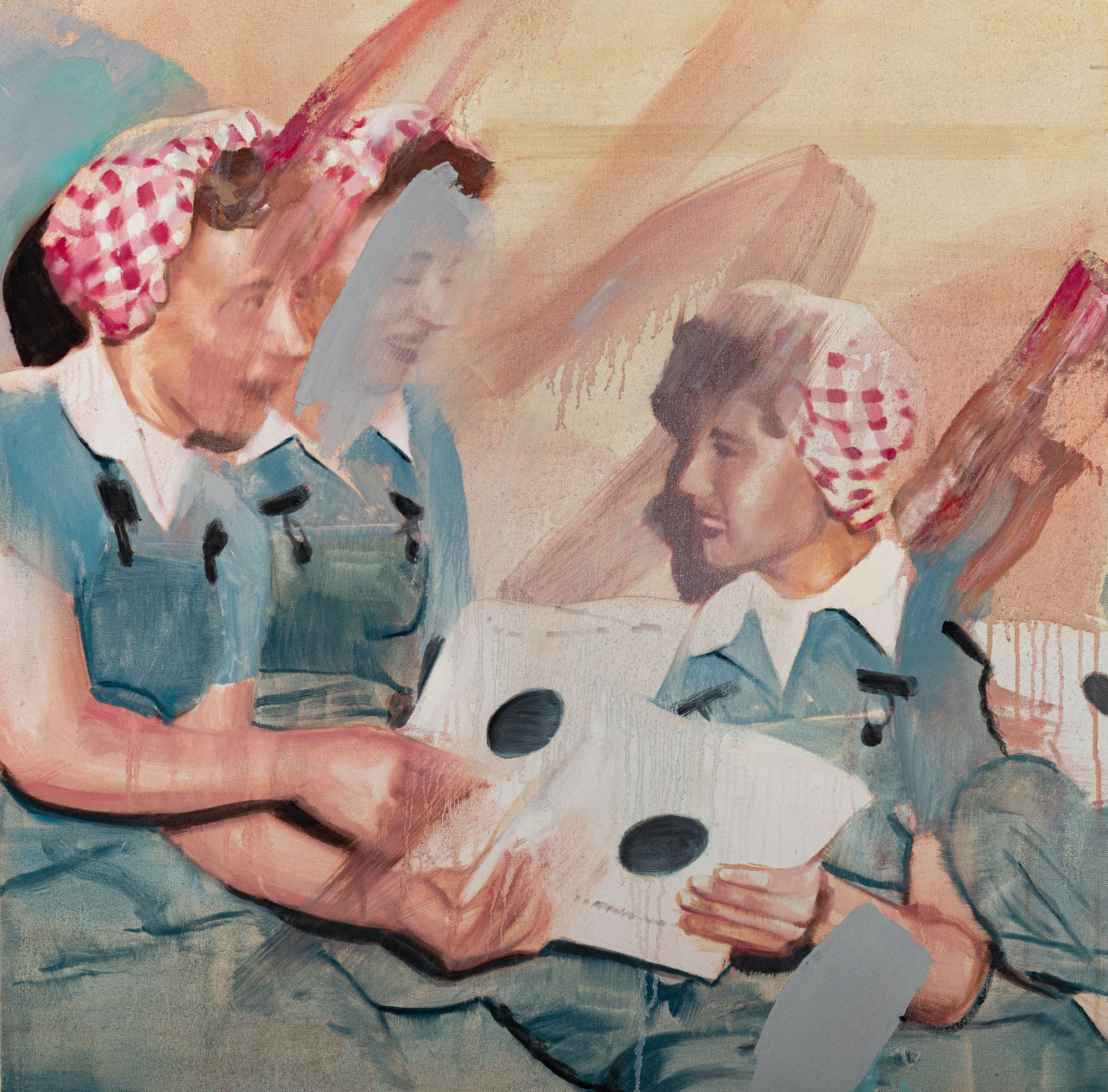 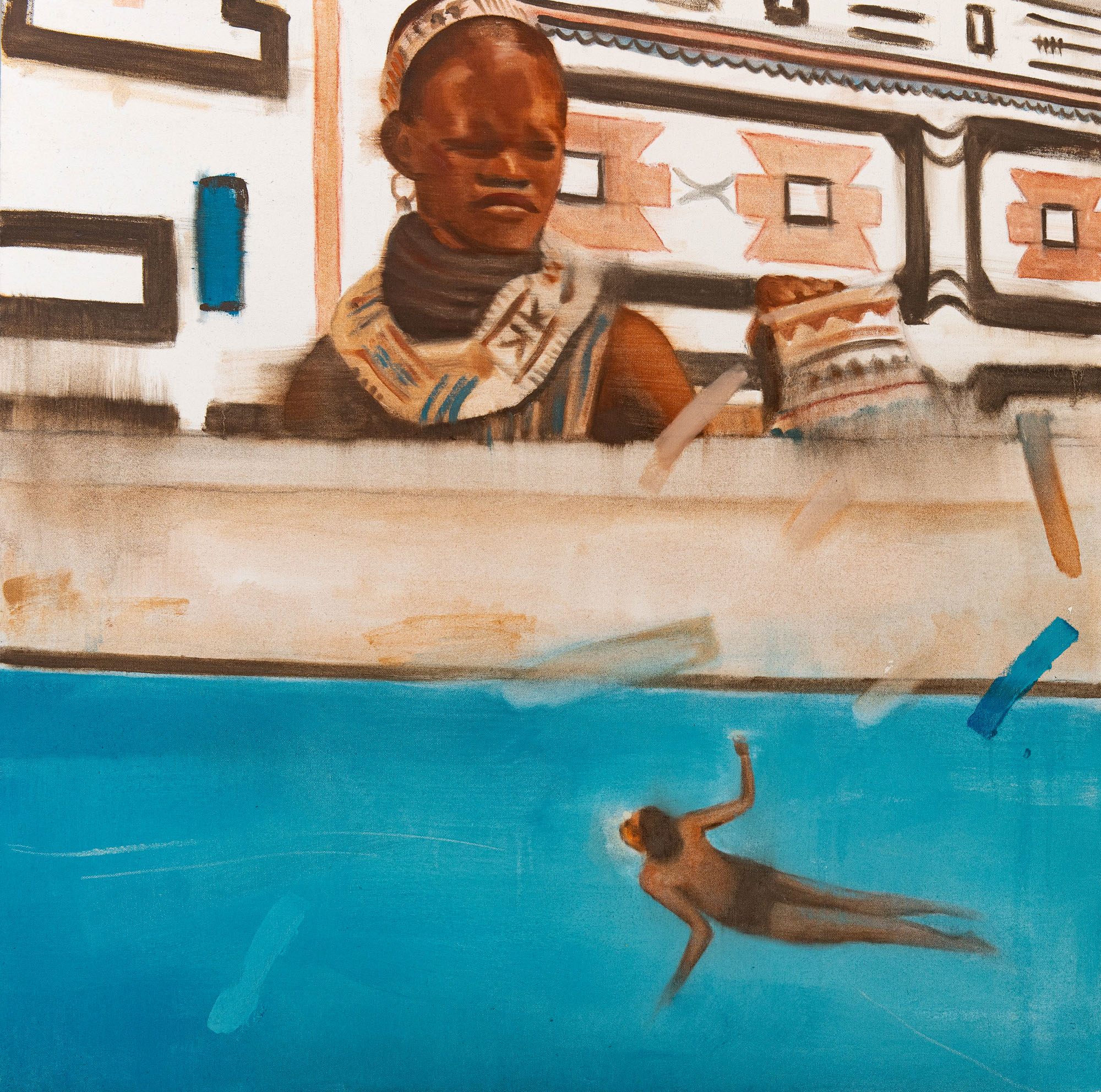