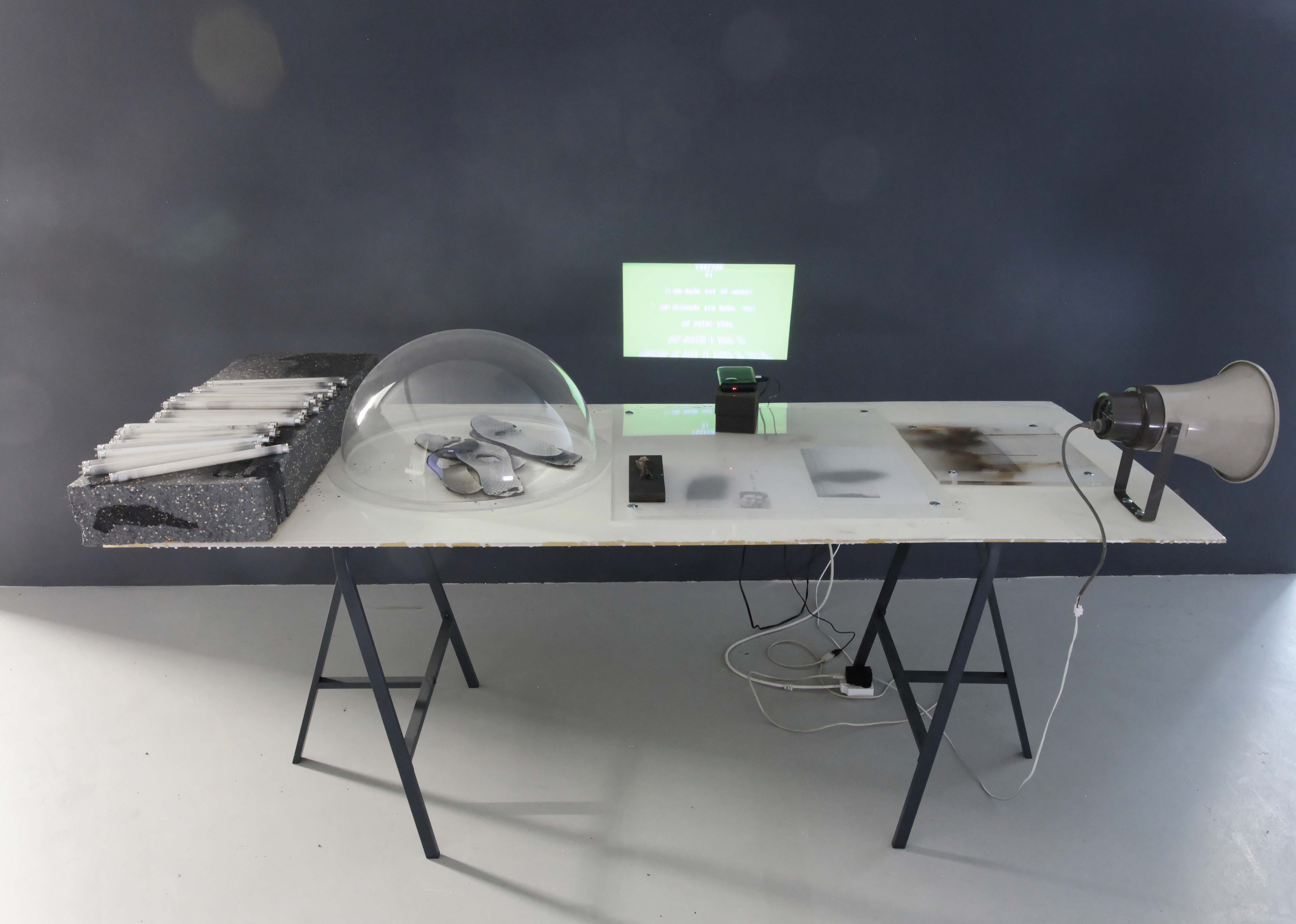 Conor McFeely was born in Derry, Northern Ireland, where he lives and works today. His work incorporates a wide range of processes, from the ready–made to sculpture and installation, as well as photography, video and audio. A fracturing and manipulation of ‘material’ in the service of finding new relationships is a chief characteristic of his practice. Often conceived as multi-layered in terms of their reading, many works have been driven by ruminations on the nature of individual freewill, choice and autonomy. Contexts and source material reflect interests in a history of counter culture, literature and social contexts. Historical mindedness informs McFeely’s work, with references ranging from 20th century global political history, Northern Ireland’s troubled legacies and landscapes in the second half of the 20th century, as well as scientific and epistemological histories.

His exhibition at QSS, titled Pioneer, points to episodes of altered states in relation to religious rapture and sexual ecstasy, as well as drug-induced experiences and interruptions of consciousness.