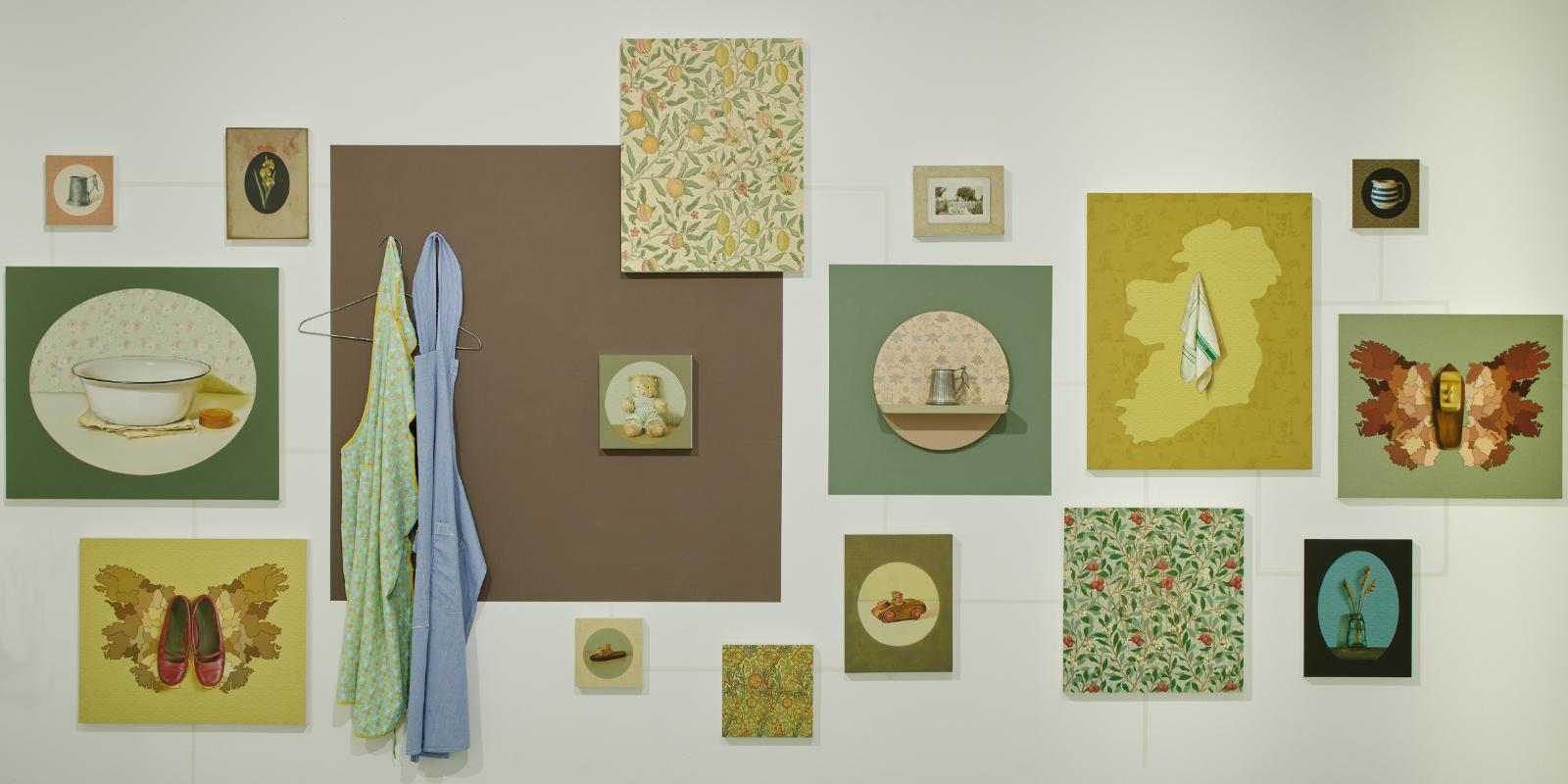 One of Many – Jennifer Trouton solo show at the Naughton Gallery

Throughout her practice, QSS artist Jennifer Trouton subtly explores ideas around gender, class, and identity within Irish history, combining an interest in history and mythology with personal narrative. One of Many features over one hundred oil paintings ­– in addition to embroideries, textiles, and artefacts – as Trouton sensitively unravels the stories of women impacted by societal and religious attempts to suppress reproductive rights in Ireland. Her work highlights how, regardless of continued attempts to reduce their influence and autonomy, women still accessed the tools necessary to control their own reproductive destinies.

In the development of this exhibition, Trouton was largely informed by the PhD research of Dr Mark Benson, The provision of abortion in Northern Ireland: 1900–1968, which was undertaken at the School of History, Anthropology, Philosophy and Politics at Queen’s University Belfast. This collaboration between art and academia has made it possible to tell women’s stories and bring their forgotten voices out of the archives and into the gallery space.

This hugely significant body of work, which initially appears reassuringly familiar, is presented in nostalgic hues which evoke a sense of comfort and security. Many of the objects depicted, however, hide a duality of purpose. In the hands of countless women, whether urban or rural, and across socio-economic divides, the benign functionality of knitting needles, soaps, washing powders, and herbal teas was repurposed as they became tools in the female struggle for autonomy. It is perhaps ironic that such women often found the objects of their own emancipation in the domestic spaces that were assigned to them.

The shame and stigma attached to abortion has silenced and isolated the women of this country for generations. This allowed them to be marked out as something different from the norm; a deviant; a fallen woman with a secret that must never be told. In reality, these individual and highly personal narratives are not bonds of shame. They are common stories that weave through the lives of countless women. Although every woman has her own story to tell, she is not alone. Like the artist, she is one of many.

Since graduating from Ulster University in the mid-nineties, Trouton’s work has been extensively exhibited both nationally and internationally. Throughout her career, Trouton’s work has garnered numerous awards, including the Golden Fleece Award, the Clare Morris Open Exhibition Adjudicators Award, the RHA Annual Exhibition Keating/McLaughlin Award, the RUA Tyrone Guthrie Residency Award, and in 2020 the RUA Watercolour Prize. In 2007, Trouton was a finalist for the AIB Artist of Promise Award. She has also been awarded residencies in New York, Los Angeles, China, Canada, and Ireland.