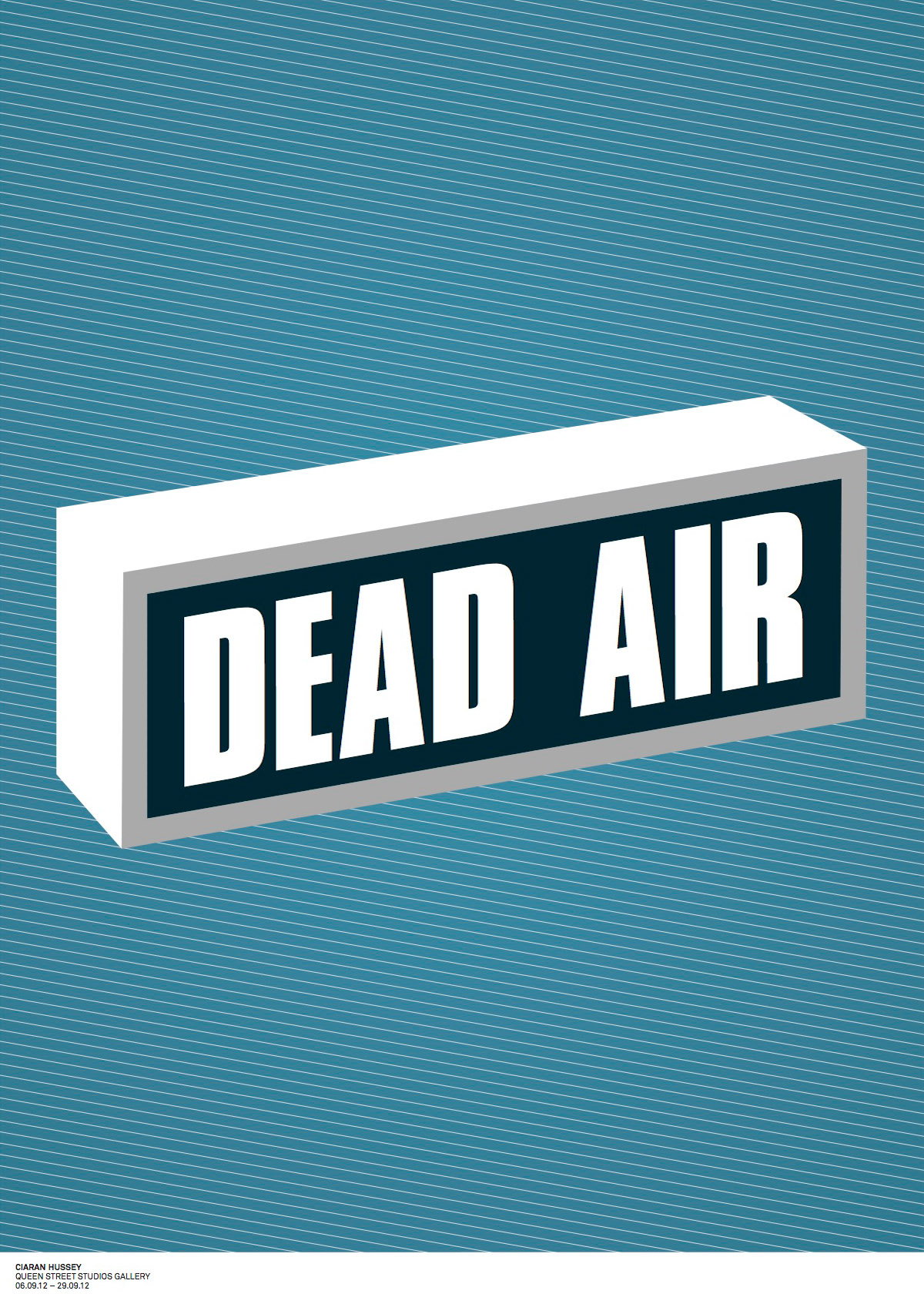 The piece consists of 3 studio broadcasting tvs, with dvd players, placed on broadcast studio stands.  The average length of each dvd is 5 minutes.  An amp is connected to two speakers attached to the wall play the audio track.

Ciaran’s work revolves around the psychological effects that contemporary capitalist society has placed upon its practitioner.

Through a multidisciplinary practice he draws attention to aspects that define us in an age of technological advances and uncertainty. In a world of paper-thin representations, instant gratification and blurring of reality we are left with a sense of numbified emptiness, alienation, repetitiveness and a general lack of apathy.

We have developed an agitated sense of expectation, as we await some form of salvation, in the guise of commodities, services, fame and celebrity, that will deliver some solace, but instead are left with a niggling dissatisfaction and a constraining feeling of being cheated.

Currently his practice involves highlighting these aspects using the medium of film installations and playing with peoples notion of aspirations, expectancy and escapism.

Ciarán Hussey is an Irish artist based in Belfast. He received a first class honours degree, 2008, from the Limerick School of Art & Design and a distinction in a Masters of Fine Art, 2010, from the University of Ulster, Belfast. Additionally he is a co-director with Array Studios, a collective of Artists based in Belfast.

Recent exhibitions include ‘We Wear Short Shorts’ 2012, at the Riverside Studios as part of The Irish Film Festival, London, & his solo show ‘Dead Air’ at the Queen Street Studios & Gallery, 2012.