QSS artist Clare French is the subject of a new documentary by Peter Bromley from 1968 Film Group.

1968 Film Group are an independent collective who’s films are focused on various figures from counter culture.  ‘The Clare French Film’ highlights French’s unique working art practice beginning in her Thamesmead based studio and ending in her studio here at QSS. Interviews with French explain how her art comes together and why.

French will hold a solo exhibition at QSS Feb 2023 which will include an ongoing body of work that she began for the film. 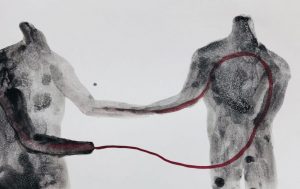