In the true tradition of the people of these islands I will tell a story, my story of the relationship with the mountain, from afar and then close up.

I lived last year in North Belfast, Workman Avenue to be precise – off the Shankhill Road, next to the Springfield/Workman separation gate, a pedestrian gate that opened early morning and closes at 9pm at this time of year.

From my bedroom window I surveyed the mountain daily. Often with intrigue.

From the car park of Tesco’s at Ballygomartin it seemed like the mountain was within grasp. And it was from there that the letters that appeared, almost by magic could be seen clearly.

Over the course of several weeks various white letters appeared and disappeared at fairly regular intervals. E, I, A G, M, I, N…….I, am, gine? Lots of confusion erupted in the community where I lived- people rand into the Stephen Nolan show- IMAGINE- was this a reference to John Lennon’s birthday? Taxi drivers, shop keeps, youth, house husband and wives – all wondered along with me.

I met Kris Spring last year and he was able to shed light on the seeming abstraction. He articulated the process that compelled him to use the mountain as a canvas- a canvas with a grand aspiration- to inspire the citizens of the city to IMAGINE a CITY of EQUALS. In our post-conflict era, I felt I was in the presence of an artist of our new times – a person prepared to dare for something different for our city – seeking to provoke a reaction of action – enacting hope in something we can all work towards.

I had the opportunity to accompany Kris, as his apprentice on two blowy November mornings.
We talked and walked from the Upper Springfield Road, up past Quaker Cottage, saying hello to the dogs along the way. Beyond and up the muddy way, a small path pathed out by cattle footprints – to the site of previous artistic happenings.

Hot and tired I let my eyes adjust to the scene before me – indulging in a Lennon moment I started to sing, Imagine all the people, living life as one – a sort of spiritual moment. Kris had mentioned during a brief pause on our ascent, that for him, the trek up the mountain was a sort of pilgrimage- and at that moment with the blood still pumping around my body at a furious rate – I understood.

Below I could make out Woodvale Pak, Conway Mill, Crumlin Road Jail, Samson and Goliath, the Clonnard Peace Wall…..the lines of walls that divided the map of Belfast were stark from above.

It was then that Kris explained why he had chosen this site to display his work – this piece of non-contentious land – a place where he could point an arrow of aspiration and imagination directly at the north Belfast peace wall.

As we unfurled the gigantic white plastic and began to peg out the edges with pieces of bamboo, I asked more questions of Kris….what did he mean by a City of Equals…..

He elaborated by saying the equality for him meant an acceptance of difference, ethnic, sexual, denominational, and acceptance of the new communities, and an end to the discrimination of division.

I was sorely impressed with the gutsy determination that has taken this man, pretty much single-handed to continue his artistic campaign to this scary height on rainy and windy days.

The symbols of a giant arrow and a pair of equals began to emerge. Care was taken by both of us to place the plastic signs at exact distances to maximise the visual potential below. Together we used a combination of eye and foot to create the optimum effect.

It takes people like Kris to provide new mediums of interest – it takes all of us to provoke a new imagination. We need to use the public realm to invigorate public debate on the type of society that we want to inhabit in the present and the future.

The use of the arrow to point a direction that is forward in its thinking and inclusive is genius. Simple and yet profound.

The weekend saw Chris up the mountain again, this time to highlight the numbers of innocent civilians who have died in the most recent incursion of Gaza. It is significant to couch our own future focus of hope for our wee island in the greater context of atrocities that are ongoing in the global arena.

So thank you Chris, for your determination to reclaim the public sphere for acts of remembrance and doing it in a sensitive and yet provocative manner.

All the very best in the rest of your work. 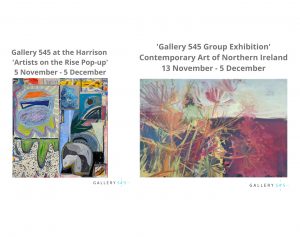 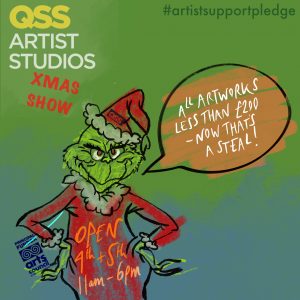