Charlie Scott graduated from the Belfast School of Art with first class honors in 2017.

His work has recently been purchased for the Arts Council of Northern Ireland permanent collection and the Northern Ireland Civil Service Collection. Recent exhibitions include What Fell From The Mountain, Ards Arts Centre Newtownards (Solo), QSS Gallery, and the Royal Ulster Academy. In 2017, following Scott’s degree show, he was awarded the Royal Ulster Academy Award for Outstanding Students, the Art at The Clayton Award and QSS Gallery Award. He was also appointed Artist In Residence for Fine Art at the Belfast School of Art (2017/18).

Scott’s paintings are rooted in time and nature, often gravitating towards spiritual or metaphysical responses to landscape. Growing up surrounded by the silent bogs, lakes and halted railway lines below Mount Errigal in Co. Donegal; he combines fragments of memory, natural elements and human impulse as as a means to reconstruct time. Scott values the tactile nature of oil paint as one that parallels the experience of nature, utilising painting as an excavation process to uproot and uncover imagery. 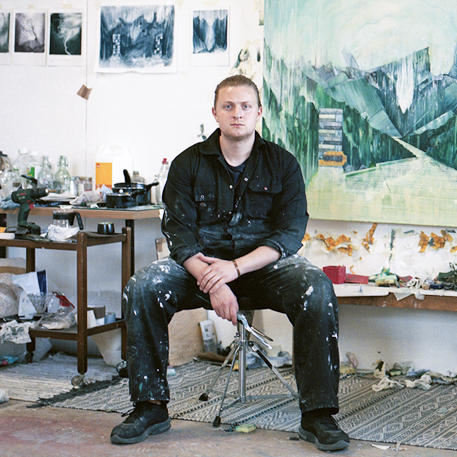