Angela completed a BA. Hons in Fine Art from the National College of Art & Design in Dublin in 1994 and an MA.Contemporary Visual Art at University College Falmouth in 2005. She is an associate member of the Royal Ulster Academy.

Angela has received numerous awards and bursaries from the Arts Council of Northern Ireland, Arts Council of Ireland and Culture Ireland. She has twice been a prize winner at the Royal Ulster Academy Annual Exhibition; winning the 2019 Perpetual Gold Medal and the Ulster Arts Club Prize 2004. Angela was shortlisted for the Jerwood Drawing Prize in 2005 and was an invited artist at the annual Royal Hibernian Academy exhibition in 2002. She hasbeen exhibiting her work since 1993 in group shows nationally and internationally for many years. 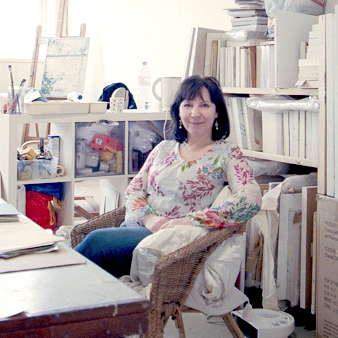