The artist’s approach is abstract and non-representational, instead focussing on the emotional feeling created by place. The aim is to challenge how visual imagery is perceived, encourage audiences to ask “How does the image make me feel?” rather than simply “what is it meant to be?”

Rachael is currently based with the Queen Street Studio group and occupies a studio space within their premises in East Belfast. Her Degree show work has been exhibited in several galleries including the Engine Room Gallery, The Gallery at Whitehead and Queen Street Studios. Additionally, her work was longlisted for the 2018 RDS exhibition in Ireland, as well as one of her paintings being selected for the annual RUA exhibition in the Ulster Museum Belfast. Rachael is currently being represented by Canvas Galleries in Stranmillis Belfast, with several of her paintings currently being held in their gallery space. 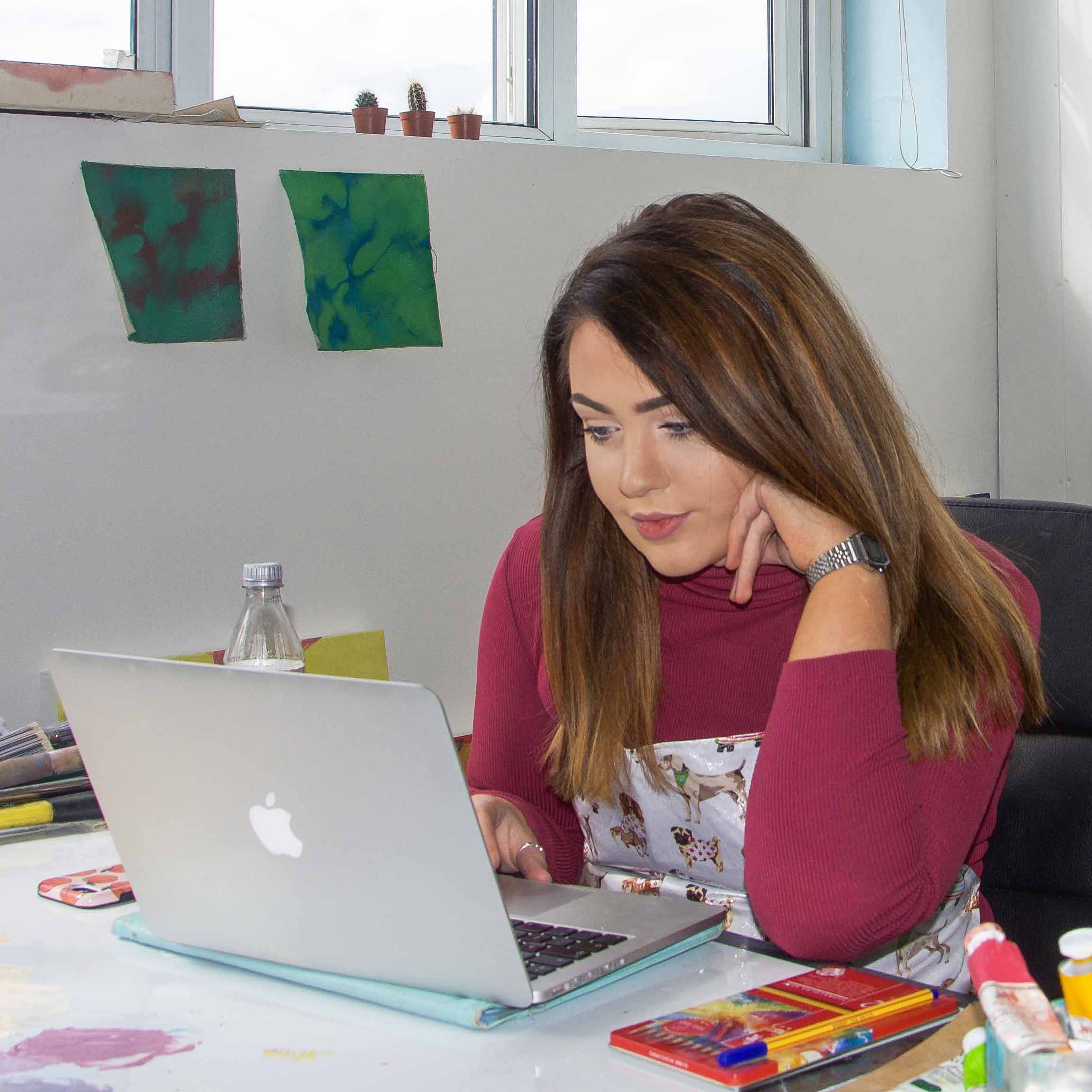