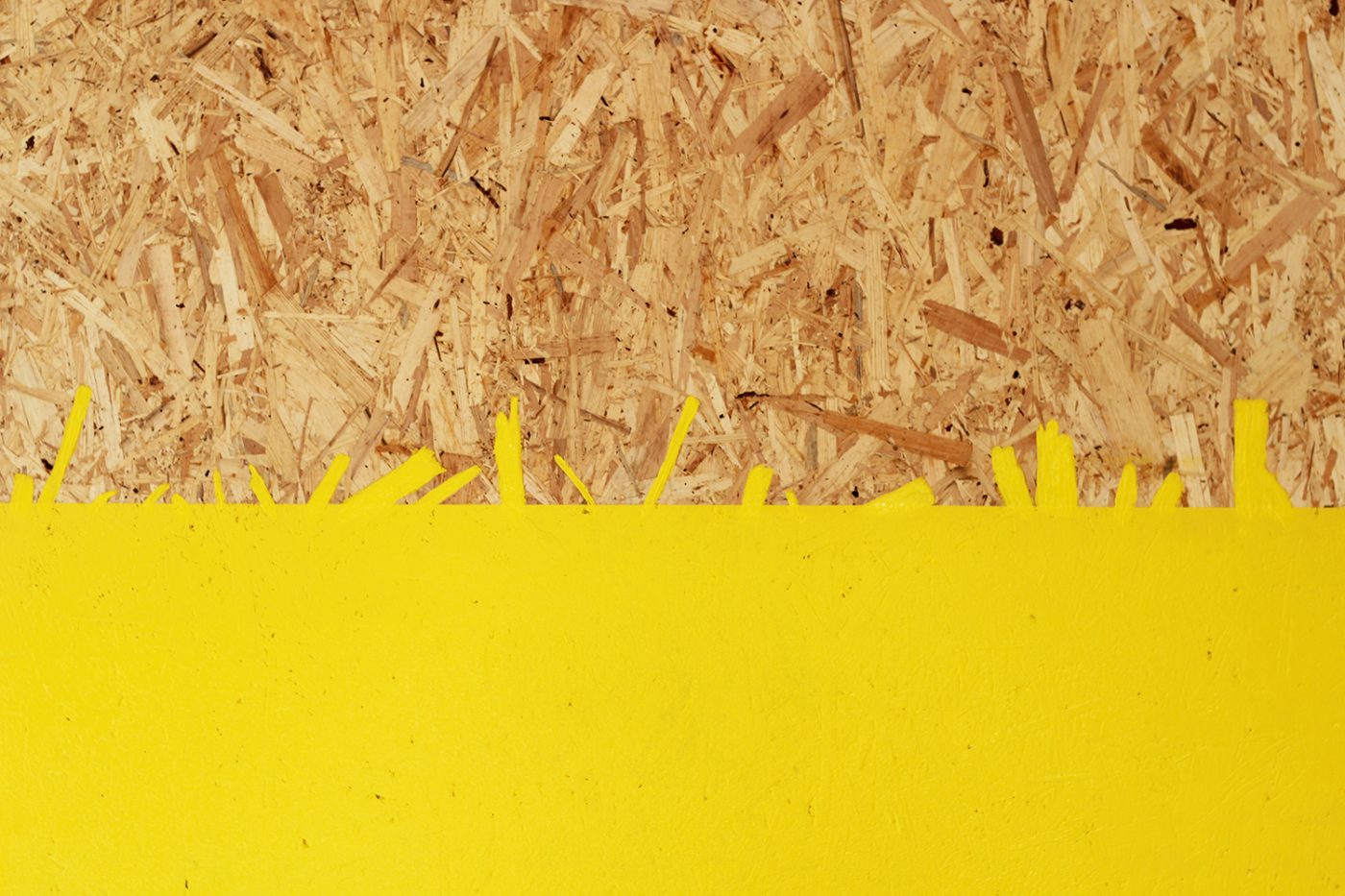 Unafraid Yellow is the second of four exhibitions showing the work of QSS studio artists, curated by artist Colin Darke. It was preceded by Unafraid Red and will be followed by Unafraid Blue and White. Recognising that the task of dividing twenty-three artists and twenty-three very different stylistic practices into four thematic categories would result in spurious relationships, Darke settled on assemblages based around colour. This allows for a level of visual cohesion, while retaining the conceptual and aesthetic diversity that defines Queen Street Studios.

The title Unafraid Yellow is, of course, an oxymoron. Yellow has long been the colour of cowardice, perhaps originating in the humours of Hippocratic medicine. While it was believed that a humoral imbalance caused by excessive yellow bile caused irrational anger, this intemperance was eventually considered as the basic characteristic of the coward and the traitor. Hence, one assumes, the choice of yellow for the garments of Judas in Renaissance paintings (it was also the colour for labelling, in everyday life, both the oppressed Jew and the scorned prostitute).

Strange, then, that in St Antoninus of Florence’s theological coding of colours, yellow signifies dignity. It is also the colour of joy, the sunshine in our lives, as seen in top corners of every young child’s landscape painting and emerging optimistically from the anxiety in Van Gogh. It is a colour we engage with on numerous occasions every day – it is not only painters who apply yellow to white in the secrecy of small rooms.

The diversity of the work in Unafraid Yellow results in a variety of conflicts and relationships which reflect the historical and universal significance of the common feature of their dominant colour.