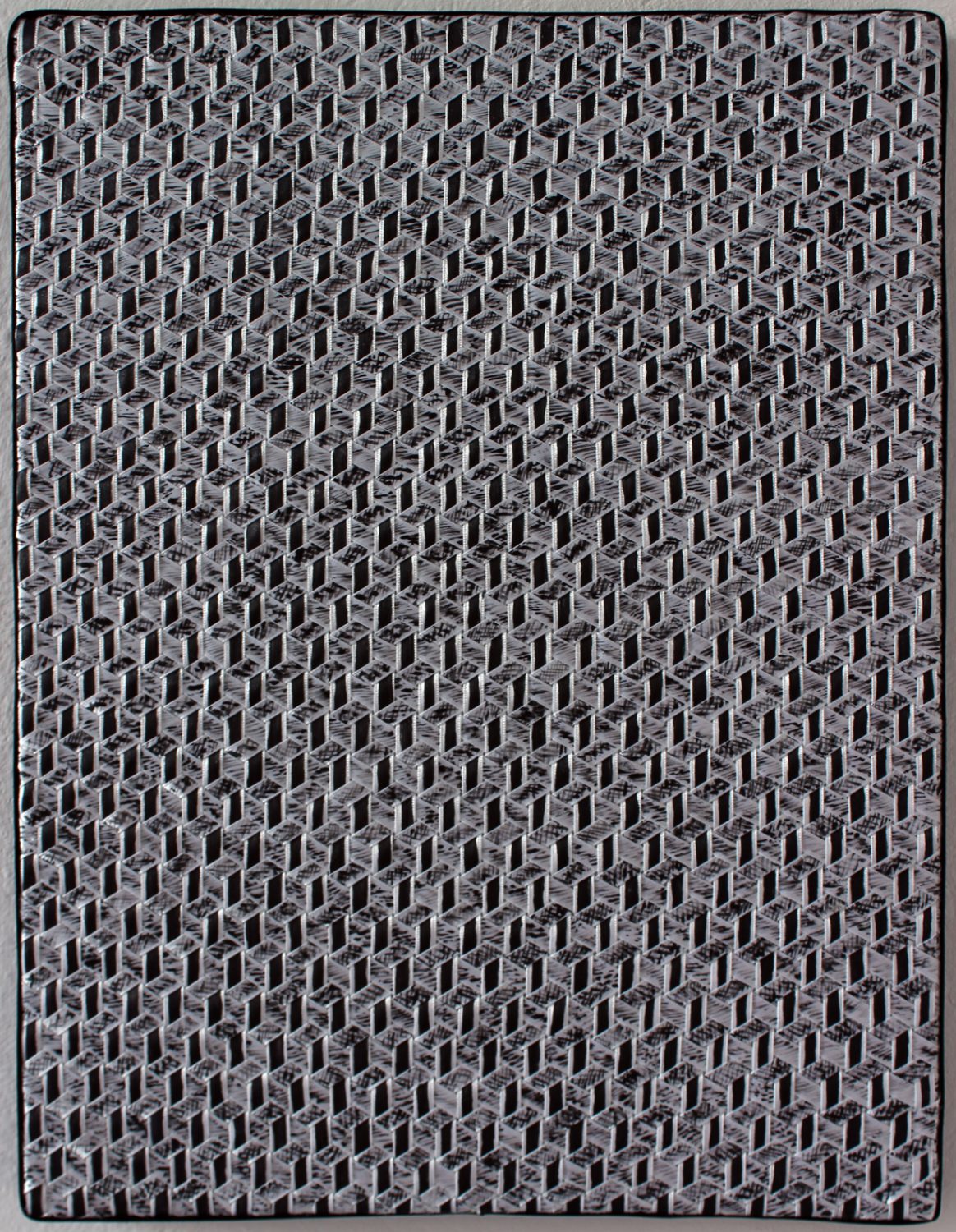 Congratulations to Grace McMurray whose artwork ‘Monochrome Isometric Weave’ (paint on ribbon, 40 x 30 cm) has been selected for the Royal Academy of Arts Summer Exhibition. Running continuously for 250 years, the Summer Exhibition is the world’s oldest open submission exhibition – which means that anyone can enter their work to be considered for inclusion. In this celebratory anniversary year, the exhibition will be co-ordinated by Grayson Perry RA, and will be the biggest in its history, spilling out from the main galleries across our newly expanded cultural campus.

The works in the Summer Exhibition are selected and hung by Royal Academicians – who also exhibit works in the exhibition, creating an eclectic mix of work by established artists alongside emerging talent and first-time exhibitors. In previous years, nearly two thirds of the exhibits were by non-Academicians, £50,000 worth of prizes were awarded and over 5,000 works were sold.

Grace studied Fine Art Sculpture (BA) at Wimbledon College of Art, graduating in 2008.  She has exhibited in Hong Kong, Ireland and the UK.  Her work has been chosen for the Jerwood Drawing Prize in 2015 and 2017. She came second in the David Todd/Landmark fine art prize in 2008.